With strong school partnerships across Northern England & Wales, we want to support our local communities in making a change through the power of positive influencers. Our Milkfluencers work with both Educators & Children to encompass our 8 pillars of well-being & diversity awareness. Our partners come school recommended, DBS checked and are available through Milk Education. We’re ready to fight back and change the stigmas around mental health and diversity. Let’s become courageous, informed, resilient, and let’s make a change. 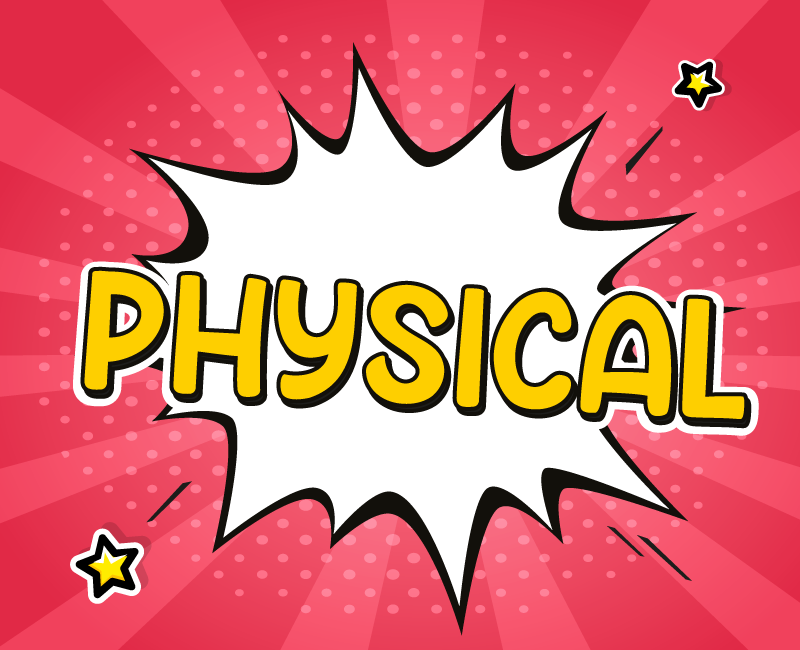 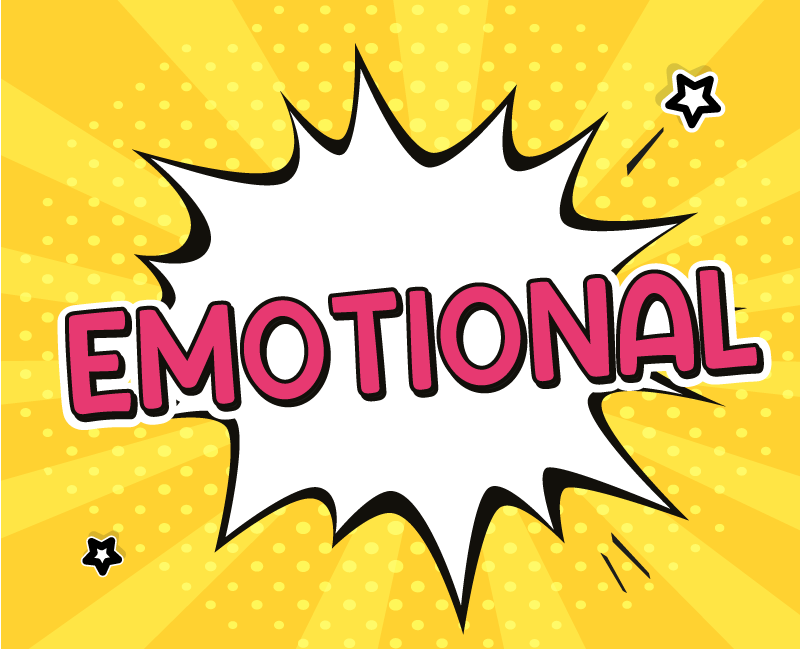 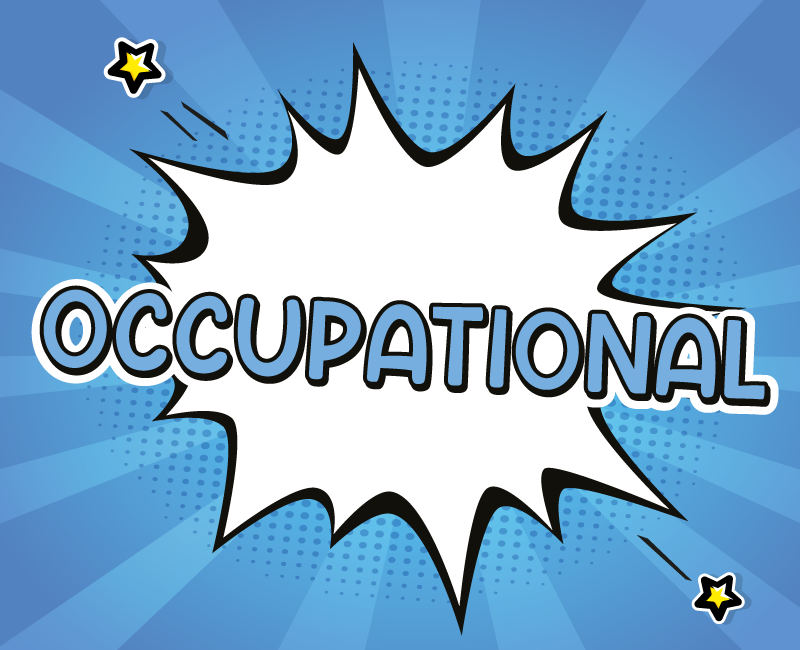 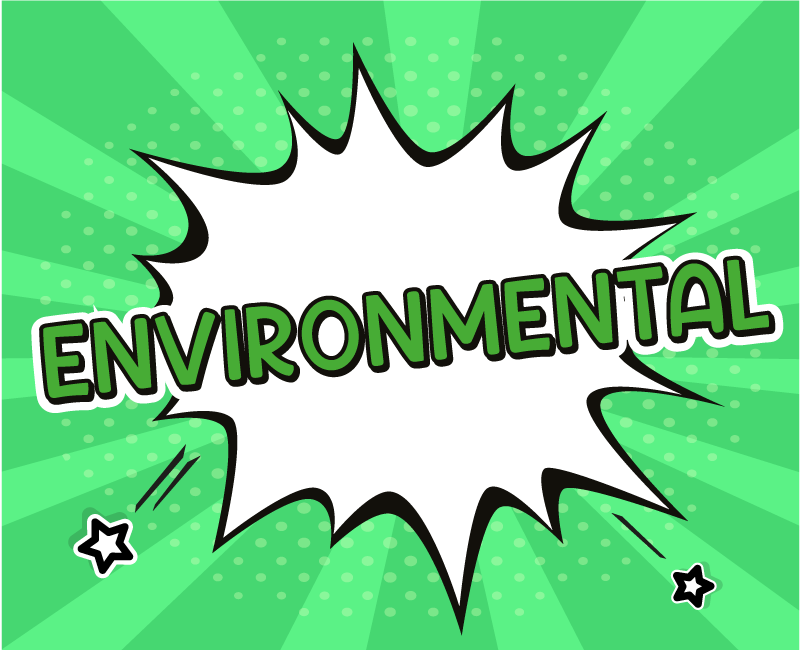 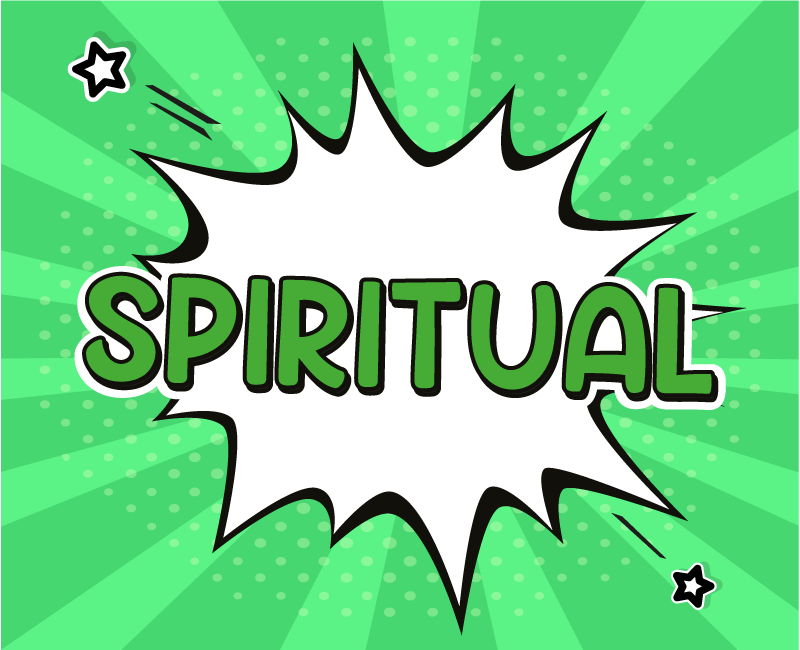 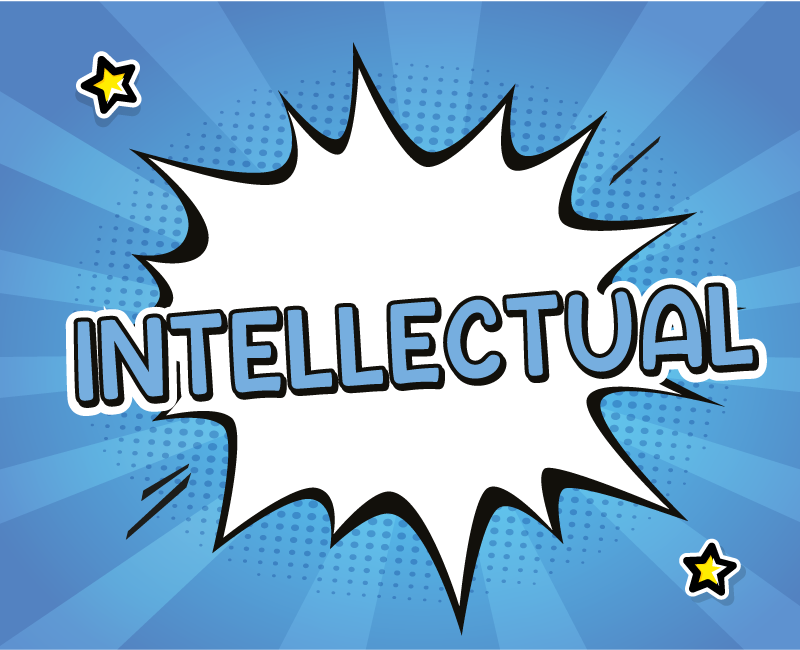 Our partners come school recommended, DBS checked and are available at the touch of a call. We’re ready to fight back and change the stigma’s around mental health/illness, are you? Let’s become courageous, informed, resilient, and let’s make a change. 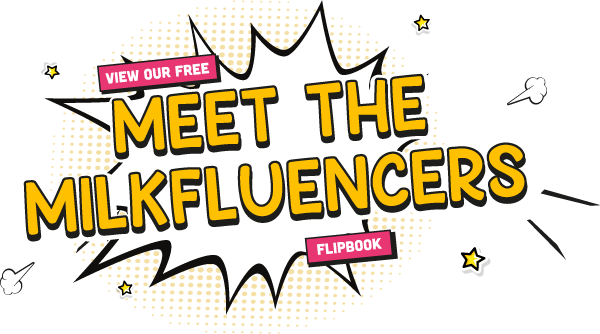 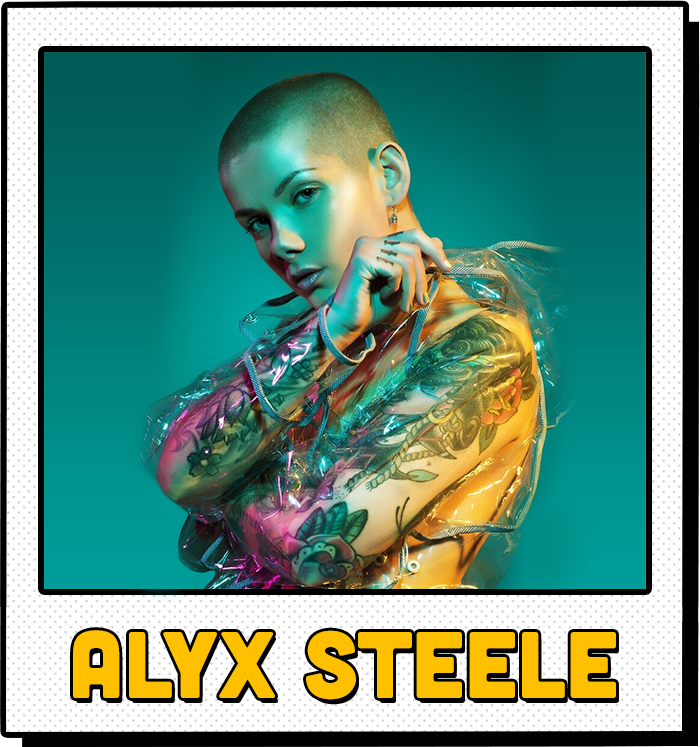 From working with international artists (Rihanna!), and choreographing Tinie Tempah’s show in Ibiza - Alyx’ dance career is pretty epic. Born in Liverpool, and growing up obsessed with pop icons such as Michael Jackson & Pink - the creativity and passion was what inspired her to perform… and later become a choreographer & creative director! Challenging boundaries and bringing visions to life, she’s an inspiration to young people. 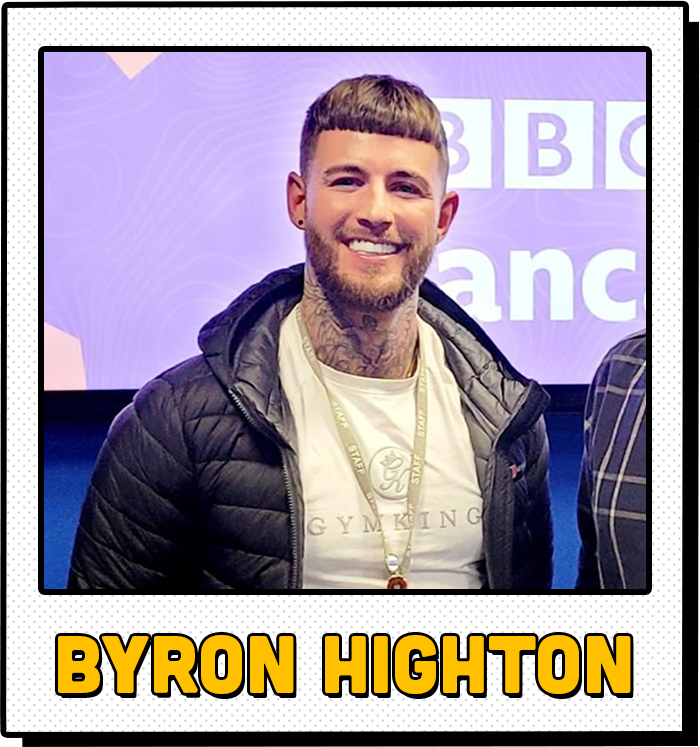 Bryon’s life is dedicated to stopping knife crime in the UK, after his own brother was murdered in 2014. Described as the most powerful and hard-hitting anti-knife crime and child protection talks, Byron has delivered his message on BBC and ITV, and also works alongside the police. Using his traumatic experience to help young people understand the severity of youth crime. 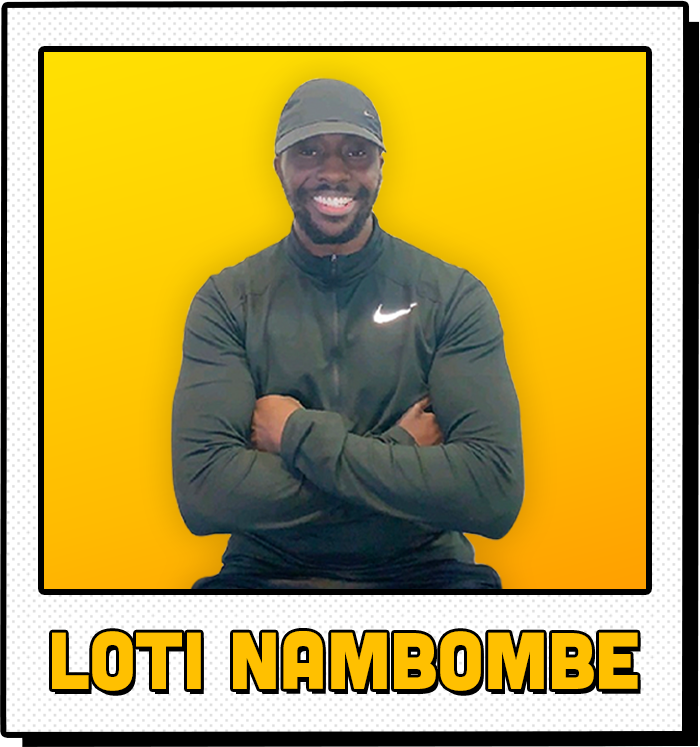 Loti offers workshops which focus on educating young people about the causes and consequences of racism and how it can have a severe impact on people’s mental health and confidence. As a Diversity Speaker and Mental Health Champion, Loti uses his personal experiences to celebrate diversity whilst at the same time acknowledging how we work together to bring change where needed. Keira is a 23 year old Amputee with a mission to remove the stigma surrounding disability. She was told that the damage from her ‘freak accident’ caused by a dog lead was beyond repair, which ultimately led to an arm amputation. A now extremely determined woman who recently featured on the show ‘first dates’ is keen to share her story and learnt resilience & adaptability with others through motivational sessions. 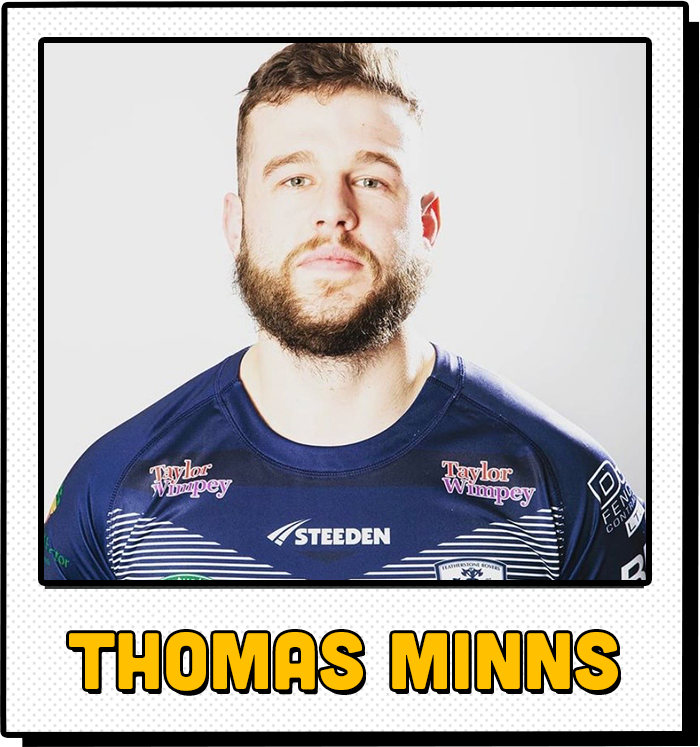 Professional Rugby player, Thomas Minns is best known for playing for Leeds Rhinos, London Broncos, Featherstone Rovers and Hull Kingston Rovers. As a young adult, whose own mental health problems began in his early childhood, he believes he can reach out to young people through his workshops and encourage them to talk based on his own personal experience, and is the proud founder of MinnsMind. Makeup Artist to the Stars

Carrie’s beauty career is one to marvel at! Spanning over 20 years, her career has taken her across the globe working with celebrities such as Pink, Gok Wan, Fearne Cotton & Olly Murs. Her work has been published in Vogue, Cosmopolitan and Tatler Magazines. Carrie’s workshops will inspire people looking to get into the beauty industry and open their eyes to the opportunities in the make-up & beauty world. 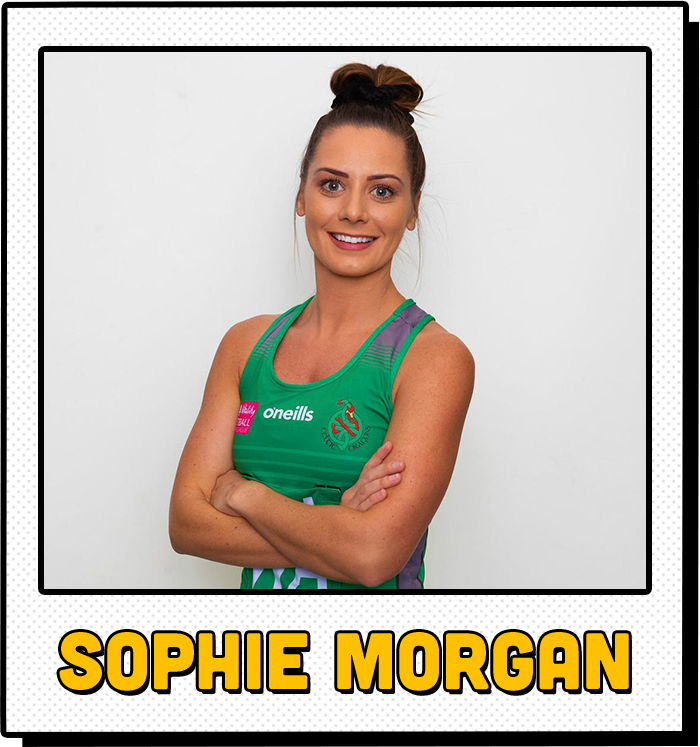 Our Ambassador For Women In Sports

Sophie's successful netball career has included earning over 30 senior caps for her country. She has been a part of numerous Welsh squads, including representing Wales at two World Youth Cups and the 2011 Netball World Cup in Singapore. She runs a successful Personal Training business, specialising in netball fitness, Nutrition and empowering women in the sporting industry. Christine’s training portfolio spans psychological resilience and wellbeing to crisis intervention with 20 years’ experience in the education and business sector. With MHFA training, Christine equips teachers with the tools to provide support as a first point of contact for students to allow them to achieve a greater understanding of themselves and their relationship with their world. 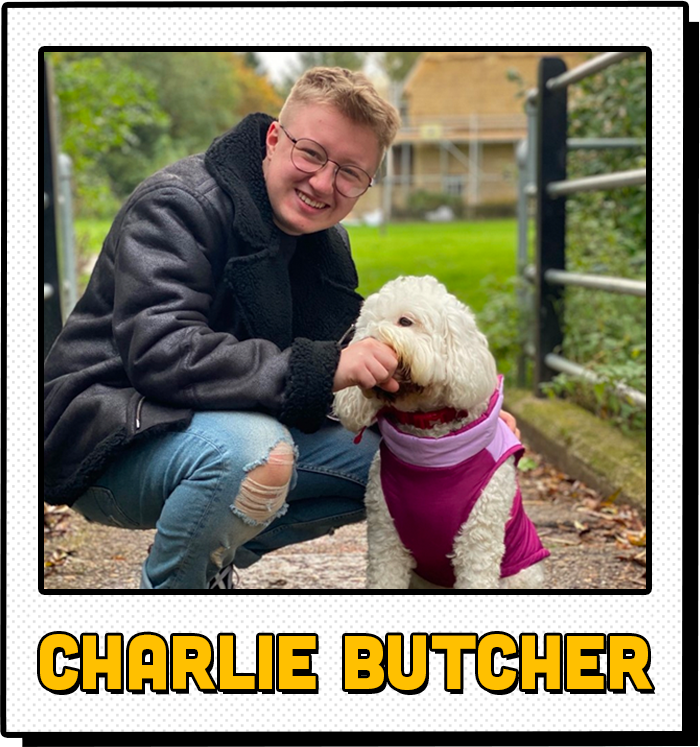 Having struggled with gender identity for most of his life, Charlie bravely transitioned whilst he was in secondary school. Having been through his journey at a young age, he understands the complex relationship between LGBTQ2+ matters in relation to mental health and wants to erase the stigma in the younger generations about people within the LGBTQ2+ community as well as making those going through the same thing, feel less alienated. 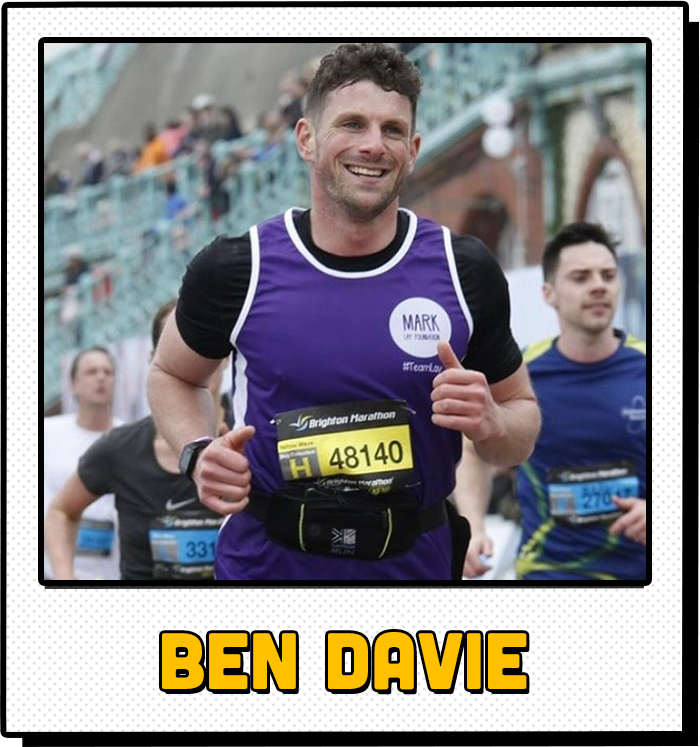 Ben's fitness career has taken him overseas as well working as a Support Coach at the Body Coach HQ! Ben has worked with multiple mainstream and SEND schools and ensures he tailors his workouts to each child, offering alternative exercises so all children can get involved! His sessions vary from feel good energising workouts, to yoga, challenge based workouts and SEND specific workouts. 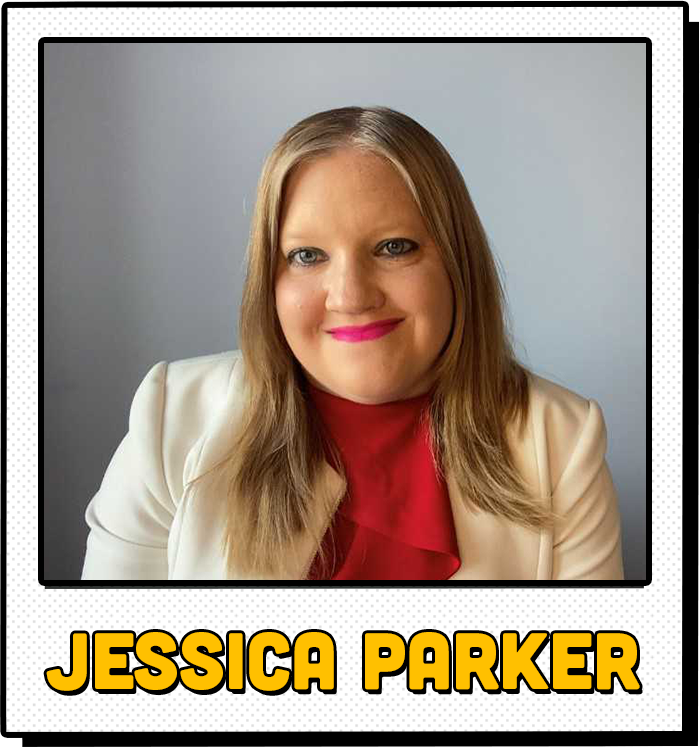 Jessica is the Co-Founder of multiple Education Service companies and is the Director of Teaching and Learning for a private tuition company. Her experience spans from Primary to Higher Education and offers bespoke training courses to improve the standard of education and Mental Health outreach alongside general pedagogy and teaching based courses. 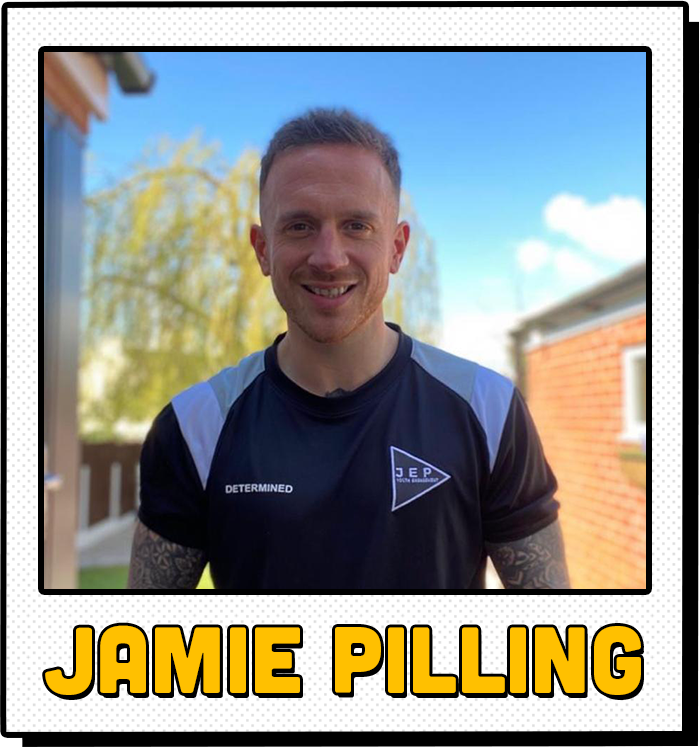 Jamie is dedicated to supporting vulnerable young people change their lives. Due to Jamie’s own personal life experience and overcoming difficulties and turning his life around, he is an extremely passionate individual who is dedicated to enriching and supporting the lives of children and young people to not make the same mistakes. Our Disability in Sports Ambassador

In 2010, Freya was diagnosed with Muscular Dystrophy, a disease that causes weakness and loss of muscle mass. Faced with the challenges of living with a disability, Freya had to find a new focus, a new sport - and that’s what she came across Wheelchair Basketball. Now championing disability and showing what’s possible with resilience, Freya has competed in: England’s Wheelchair Rugby League, England’s Wheelchair Rugby Sevens, Wheelchair Basketball for GB, and Para Ice Hockey Player. As seen on the BBC documentary, ‘We Are England’, Kema Kay is keen to talk about identity and more specifically, racism. Moving to Newcastle from Zambia at just 3 years old, Kema has always struggled with his identity and has often been the victim of racist abuse - and now he wants to tackle these issues in schools and help young people achieve their dreams and open their eyes to opportunity. With a successful background in rap, singing, songwriting, and acting (landing a lead role in BAFTA award-winning film, I Daniel Blake!), Kema has the ability to shape young people’s lives! 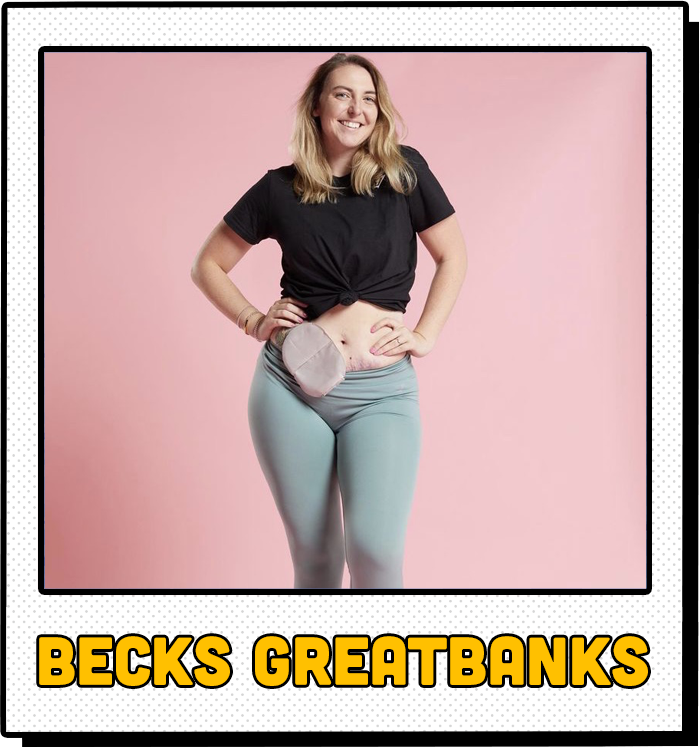 At 20 years old, Becks was terrified. Awaiting the surgery that would change her life - removal of her large colon and getting a stoma bag. 11 years later, Becks is now a body-positive Instagram influencer, sharing her stoma journey with over 35,000 followers. Becks talks about the highs and lows of living with IBD, learning to live with a stoma bag, recovery, and the reality of living with a disability! @thebaglifeofbeck - "You were born to be REAL not perfect." Hermen uses his personal experiences to show the reality of gang culture from school, to prison... through to rebuilding his life at 28. Hermen offers talks and workshops which focus on educating young people about the causes and consequences of drug crime.

"I was 16 when I started drug dealing... I saw the 'celebrity' lifestyle, and just wanted money. It wasn't until I was in court and the prosecution said we were killing people... I realised what I was doing." 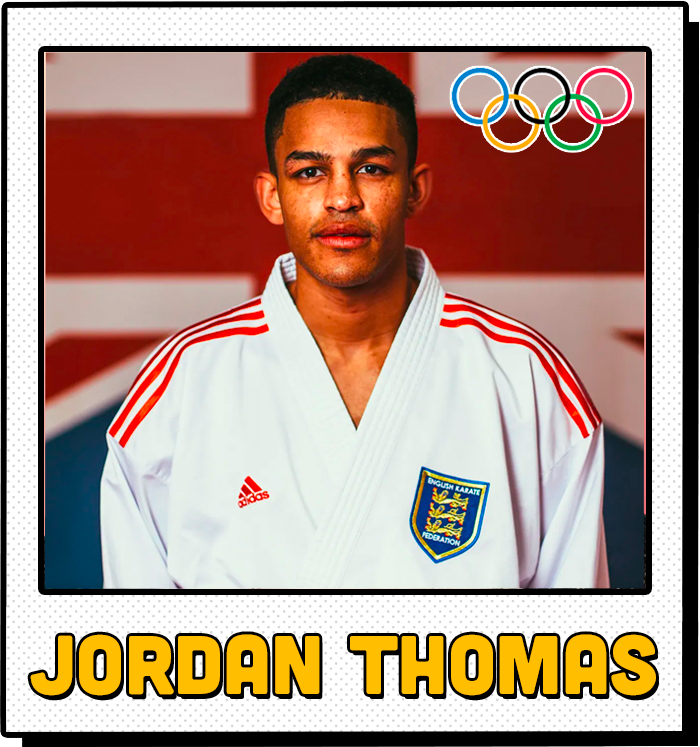 Jordan Thomas is Britain’s first Olympic karateka! His mission is to inspire young people to be limitless, and to fight racism in sports and schools.

In 2016, he became the first British Karate World Champion in 12 years, since Paul Newby's gold medal in 2004. Thomas was also the first British World Games Finalist in 16 Years, the last being Jason Ledgister in 2001.

His firstmajor title, in 2014, made him the first British European
Karate Champion in 8 years. 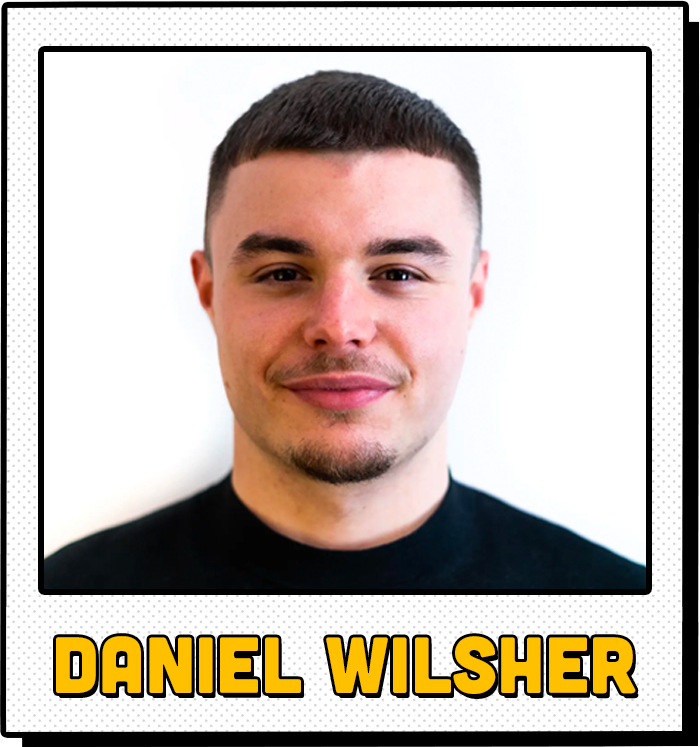 From darkness through primary school, Daniel has overcome Loss of family & his father to suicide at the tender age of 9.

Daniel aims to share his story of resilience through childhood trauma, mental health struggles, alcohol abuse and drug addiction across schools, colleges and universities through his company “Damaged Goods”.

Hear From Our Talented Teachers

“Signed up to Milk recently after lots of other students had recommended me to and I am so glad I did! My consultant spent the time to get to know me, which I think makes Milk stand out as an agency, and found me a lovely school that I felt really suited me for my first days on supply this week. She is always available to contact for any reason and was quick to give me the feedback from the school.”

“I joined with Milk in the last October holidays. I’ve been with various agencies but I’m so impressed with Milk. I signed up with Hayley, who is so welcoming and makes sure you’re ok and comfortable. Both Hayley and Ashleigh are always available and really friendly and understanding. I’m so impressed and looking forward to more assignments with them.”

“I signed up with MILK Education over summer with the intention of completing my final placement and gaining QTS; however after recently deciding to drop my QTS I phoned Hayley to see is she had any TA work. Within a week Hayley got me in a fantastic school with a HLTA role up until Christmas! I’m chuffed and would recommend this service to anyone seeking teaching work or TA work also.”

Got an Enquiry for Us?

If you've got any questions or just want to drop us a quick hello, we're happy to help. Simply fill out the form below and one of our Milk Education experts will be in touch shortly to assist with your enquiry.

Give Us A Call

Whether you’re looking for fantastic jobs or fresh candidates, we're here to help.

DROP US A LINE

It’s the little things… an agency can do to s

Highlight of the week! Shout out to Joshua Heaton

Looking for supply work this September? 💭 We c

“WHAT A WAY TO FINISH THE WEEK!” - Lewis Hicki

📣“I just started crying. Because somebody is

It’s the little things… an agency can do to s

Highlight of the week! Shout out to Joshua Heaton

Looking for supply work this September? 💭 We c

“WHAT A WAY TO FINISH THE WEEK!” - Lewis Hicki

📣“I just started crying. Because somebody is